Would zebras be better off without lions?

This term we have been finding out about a part of Hatfield’s History. We learnt about Geoffrey de Havilland and the Aerodrome that was in Hatfield. We looked at some aerial view images of how the site, where the aerodrome was, has changed overtime. We noticed that the runway and factory buildings changed overtime to become houses and streets. We also spotted that some of the road names are named after people who worked at the aerodrome or named after planes that were made there almost 70 years ago. So keep an eye out for Cunningham Avenue, Mosquito Way or The Runway when you are out and about in Hatfield.
We had a great day at RAF Hendon Museum: it was great to see some examples of the planes, that would have been made in Hatfield, up close. Our tour guide Jo told us about pilots like John Cunningham and some of us got to dress up in their old uniforms. We looked at old photographs of the gatehouse and office buildings and compared them to how they look now. 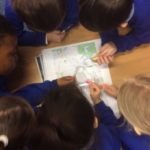 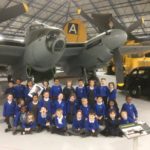 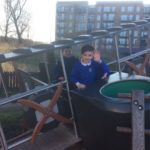 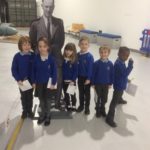