In geography, we have been learning about volcanoes. We have looked at what the features of a volcano are, what causes them to form and erupt, and the effects of volcanoes have on the surrounding areas. We have had lots of great discussion about the earthquakes related to the eruption of the volcano in Iceland. We were then able to see footage of the volcano erupting from a drone. The children really enjoyed looking at erupting volcanos and created their own. We mixed together bicarbonate of soda, water, washing up liquid, paint and vinegar to cause our own volcanoes to erupt. We discussed how the different parts of their volcano related to an actual volcano. The children were amazed when they saw their volcanoes erupt. We discussed how the mixture created a chemical reaction which built pressure and pushed the mixture out of the top of their volcano, just like a real one. 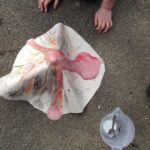 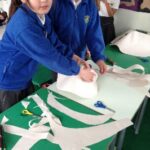 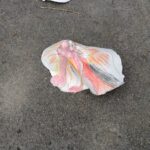 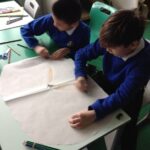