A couple of weeks ago we had our parent activity.  The activity was all about working out if the artefacts were Roman, Ancient Egyptian or Anglo Saxon time. We then had to work out who would off have worn it or used it in that time. In this picture you can see an example of a table of artefacts that you used. 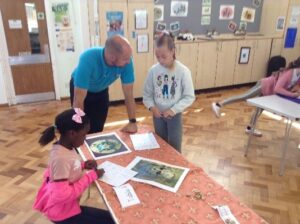 In the picture below, you had to look at the ancient Egyptian head dress and think who would off have worn it. Most people answered this question as the Tutankhamun who we learnt about in our history lesson.  He was one of the ancient Egyptian pharaohs and if you didn’t know, a pharaoh is a basically an Egyptian king. 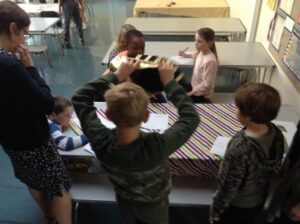 On the table below it shows some rich Anglo Saxons items like the golden plate which would have been used by a rich person just like a king! The other picture on the table showed a helmet that they found at a ship called the Sutton Hoo. 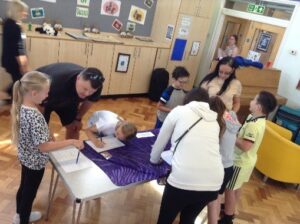 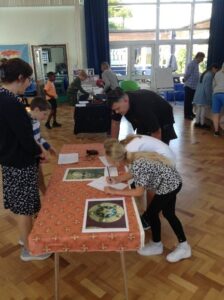 For our last activity we had to find 3 facts in some books 1 about Romans, 1 fact about Anglo Saxons and then 1 fact about ancient Egyptian so here are some examples:

Saxons: The first Saxon villages were built on hill tops.

Romans: The Romans fought to defend themselves against their neighbours and to extend their territory .

Egyptians: Roof timbers are covered with thatch or matting and topped with a thick layer of mud plaster.

These are some examples of the facts we found out in our year 4 parent activity!!