A visit by the Lord-Lieutenant of Hertfordshire

On Thursday the 21st of October Years 5 and 6 participated in a football tournament at De Havilland school. There were 2 groups one of which contained De Havilland B team, Countess Anne, Hatfield Community and us, The Ryde.

We played our first game against De Havilland and won 4-0; we tried really hard and that was our best result. Our second game was against Hatfield Community and sadly, we lost 3-0 but we didn’t give up. Our third and final game was against Countess Anne, who were our toughest competitors. We lost 2-0 and placed 3rd in our group with 3 points. In the end, Countess Anne won the whole tournament 2-0, which is the score we had when we played them. 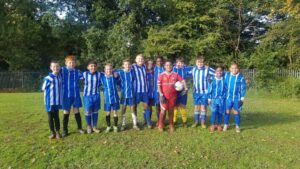